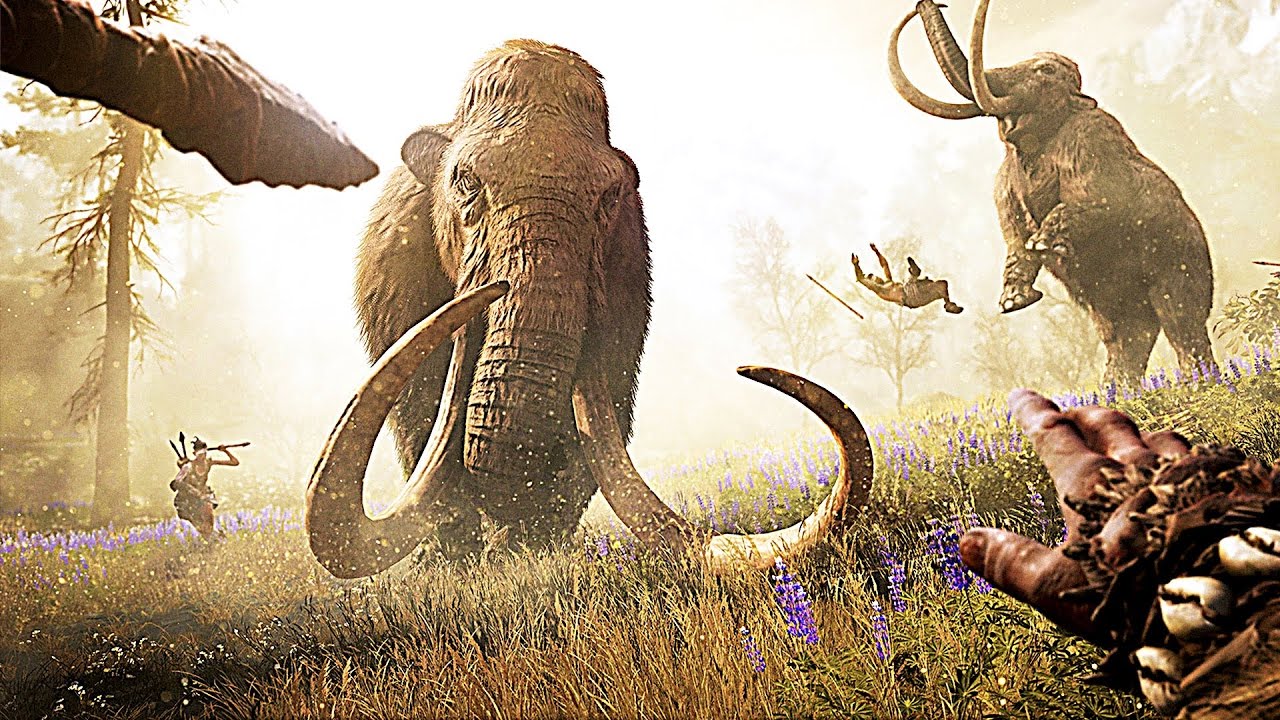 Paleo-Indian Period (15000 – 7000 B.C.)
The Paleo-Indian period traverses from circa 15,000 B.C. to the conclusion of the Pleistocene Ice Age about 7,000 B.C. The time period denotes the earliest colonization of the New World by Homo sapiens. It is commonly accepted that these ancient people came to the Americas from Asia, either by way of a landbridge that appeared across the Bering Strait or perhaps by use of simplistic water-craft which they could paddle from island to island. We are confident that these first inhabitants relocated to the New World because yet after a century of exhaustive research, no learning has ever been made of preceding human ancestors. Scientists consider that the Paleo-Indians may have accompanied herds of giant animals such as mastodons, mammoths, camels, and bison as they crossed the Bering land-bridge from Siberia to Alaska. The land-bridge was produced possibly by the formation of enormous glaciers and ice layers which led water levels to drop more than 150 feet. As water levels fell the Aleutian Islands, which spread across the Bering Strait, would have been joined together, connecting Asia to America.

The earliest dates confirming the human occupation of Florida dates to approximately 15,500 B.C. and lasted until 9,500 B.C. During this period, Florida was twice the area it is now with sea levels 60 to 100 m (197-328 ft) lower, revealing large sections of the continental shelf. The east coast of Florida was as much as 60 km (37 mi) further east than now and overall the climate of Florida was considerably drier than it is now.
The vegetation of north Florida was wide pine forest with oak/hickory regions and local and dune scrub saves where springs and rivers brought life to the dry conditions. These hammock areas supported a series of animal and plant life that surpassed what would have been possible in the dry forests singly. By 10,000 years ago, the forests became thicker, while oaks and pines filled in earlier unforested areas. Oak savannas displaced much of the mongrel vegetation of the lower peninsula. Small perched water reservoirs were located in the St. John's and Indian River beds. These areas were reasonably populated with larger amounts and variety of fauna than other regions of Florida owing to more available water resources.

The Paleoindian culture was relatively consistent across North America. Originally it was thought Paleoindians migrated in small, highly mobile bands practicing in the hunting of megafauna which included mastodon (Mammut), mammoth (Mammuthus), and horse (Equus) living only for brief periods when resources such as wild plant food were temporarily abundant. Aquatic resources are rarely included in discussions of the Paleoindian subsistence but would have afforded a plentiful and stable food fount. Hammocks near freshwater reservoirs and the Atlantic and Gulf coasts of Florida would have afforded a steady dependable source of fish and shellfish.

Sea level changes have enveloped up the area that was occupied by Paleoindians and archaeological research of these sites has been reduced to those located in the inner highlands. Site types include station camps and special acquisition sites (e.g. hunting camps and quarries). They are located within interior drainage containers, flooded river valleys, and relic river areas. Paleoindian artifacts exposed in river drainages are the primary source of our knowledge about this period. However, this information provides a limited view of Florida's Paleoindian society.

Archaic Period (9500-3000 B.C.)
The Archaic Period is divided into three distinct periods that reflect an evolution in culture and subsistence. These changes were based upon a reaction to the changing environment and growing community. The term "Archaic" commonly refers to non-agricultural acclimatization, hunting-gathering-fishing, that once flourished across large parts of North America as a result of these environmental changes. Archaic peoples gathered plant foods and included a wider range of faunal resources into their diet than their Paleoindian counterparts, and were organized into tribes. Populations became more stationary over time, and pottery, of steatite and clay, was founded. Instruments differed from the previous period in that the expertly designed and crafted Paleoindian tools were replaced by more modest, more expendable tools that were more fit to the needs of Archaic peoples.
Site types include base camps, shell middens, and special purpose camps, i.e. hunting camps, quarries, and graves. Localities are found on the major rivers or near small rivers, ponds, and sinkholes. They also occur on the coast albeit infrequently. Shell Mounds along the St. John's River, composed of freshwater shellfish, animal bones, pottery and features characteristic of dwellings such as hearths, storage pits, and postholes, have been identified that date from 6,000 years ago.