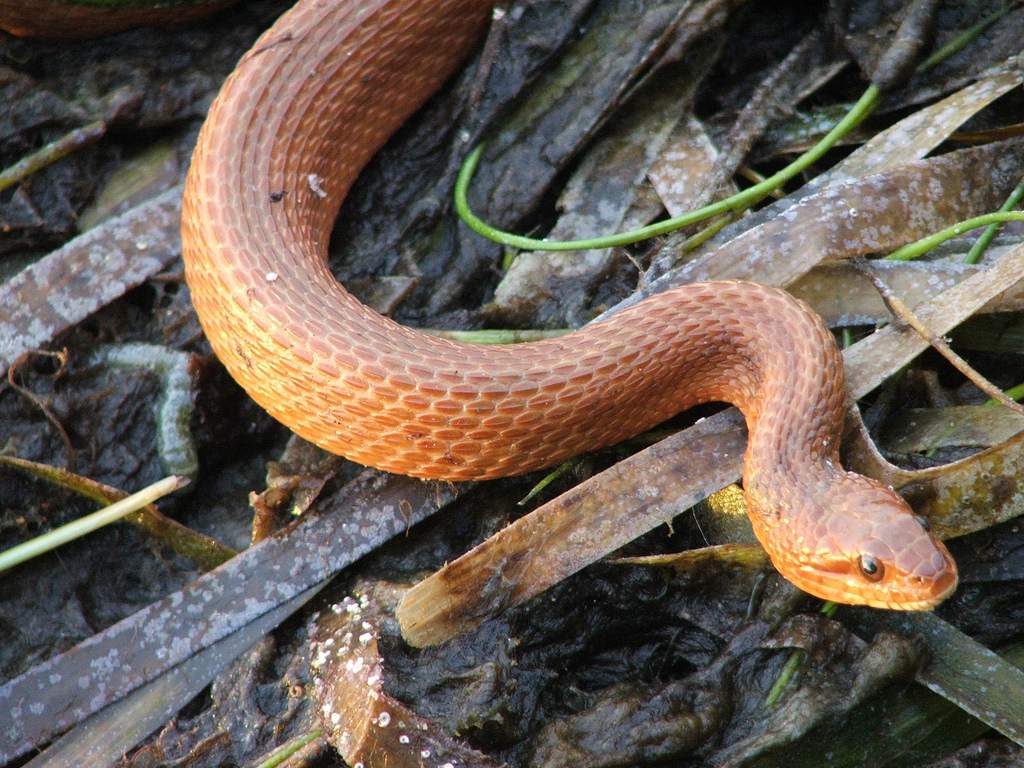 DESCRIPTION:  The Atlantic salt marsh snake is slender, heavily keeled water snake about 2 feet in total length, with a distinct pattern of stripes that are inconsistently broken into blotches.

The dorsal underside color is pale olive, often patterned with a pair of dark brown stripes running down the back and enclosing a pale mid-dorsal stripe.  These dark stripes usually become

sporadically fragmented posteriorly into a series of elongate blotches.  There is also a row of dark blotches along the lower sides of the body, which merge to form stripes in the neck region.

The ventral surface is black with a median series of yellowish spots.  This snake feeds primarily on small fish in shallow waters.  It is most active at night, and during periods of low tide.

REPRODUCTION AND DEVELOPMENT:  Little is known about the life history or reproduction of this snake, but it is probably similar to the Gulf salt marsh snake.  Females of the Gulf Coast

races typically produce anywhere from 2 to 14 live young, usually during the mid-summer.

RANGE AND POPULATION LEVEL:  Although historically reported from coastal areas of Volusia, Brevard, and Indian River counties, Florida, it now appears to be restricted to

a limited coastal strip in Volusia County. Its population level is currently unknown.

ranging from brackish to full strength.  It is often associated with fiddler crab burrows.

REASONS FOR CURRENT STATUS: Extensive drainage and development within the coastal zone has reduced the available habitat of this species.  Continued filling of coastal

wetlands will further limit the range of this already restricted reptile.  Additionally, creating impoundments in marshlands for mosquito control may eliminate habitat by changing

water salinity.  There is also a concern that habitat disturbance within these regions may have broken down natural isolating mechanisms between the Atlantic salt marsh snake

and the adjacent freshwater snake (Nerodia fasciata pictiventris).  This breakdown may be responsible for hybridization between these species.