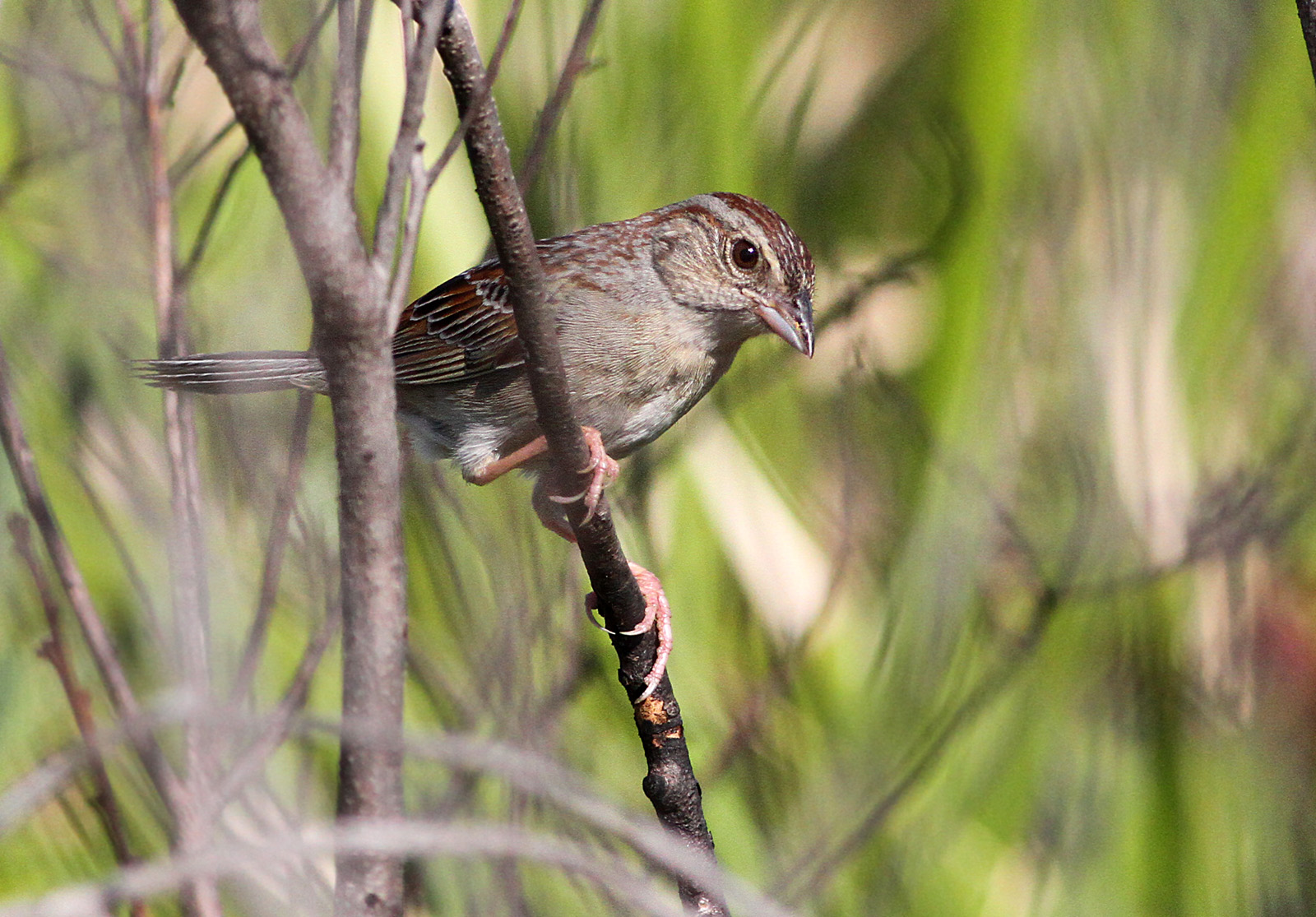 of land in the continental United States. Although the original range of this nonmigratory subspecies likely included all suitable freshwater

and brackish water marsh habitats in south Florida, the current known distribution of this endangered sparrow is restricted to five separate subpopulations.

Changes in water distribution throughout the Everglades that resulted from repeated attempts to drain south Florida since the 1930s have caused a shift from freshwater. 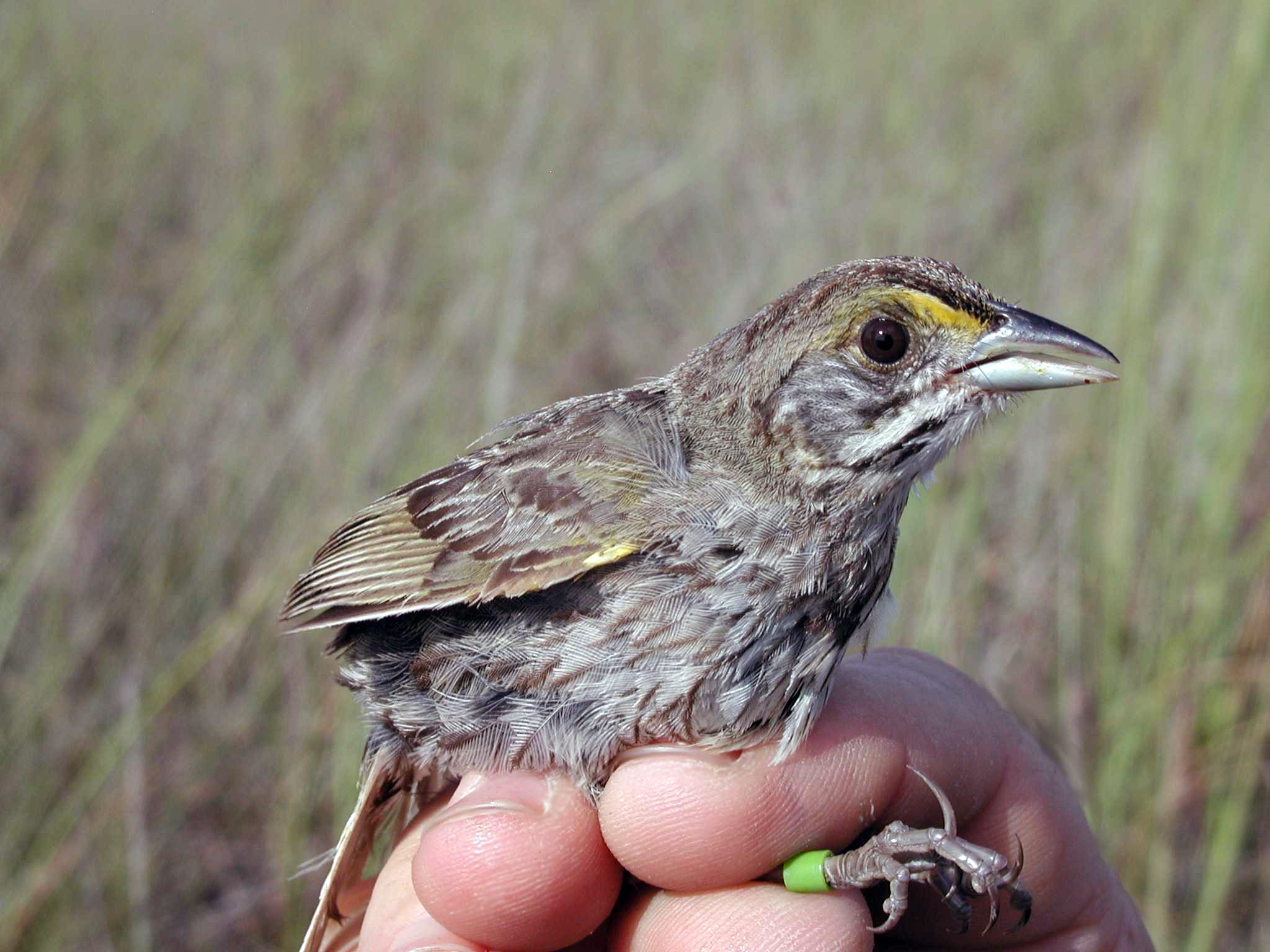 It is hard to look at the above picture and not think or hear this poor little havoc ridden companion's cry for help!  Changes in habitat continue to threaten the Cape Sable

Seaside Sparrow with extinction. The preferred nesting habitat of this ground-nesting species appears to be a mixed marl prairie community that often includes muhly grass.

to even moderately high floodwaters and to predation by snakes and rats. Properly managed water deliveries through the gates of the upstream Water Conservation Area 3 are

crucial to nesting success. The fidelity of breeding male sparrows to their territories is high, and many male seaside sparrows will defend the same area for 2 to 3 years. Short-range

movements have been observed during the nonbreeding season, but movement ends at the edge of the short-hydroperiod marl prairie habitat, and deep water and wooded habitat

are barriers to longer-range movement. Because sparrows do not live for more than about 4 years and do not regularly disperse over large distances, low breeding success for 3 or

more years will cause a dramatic decline in sparrow numbers.