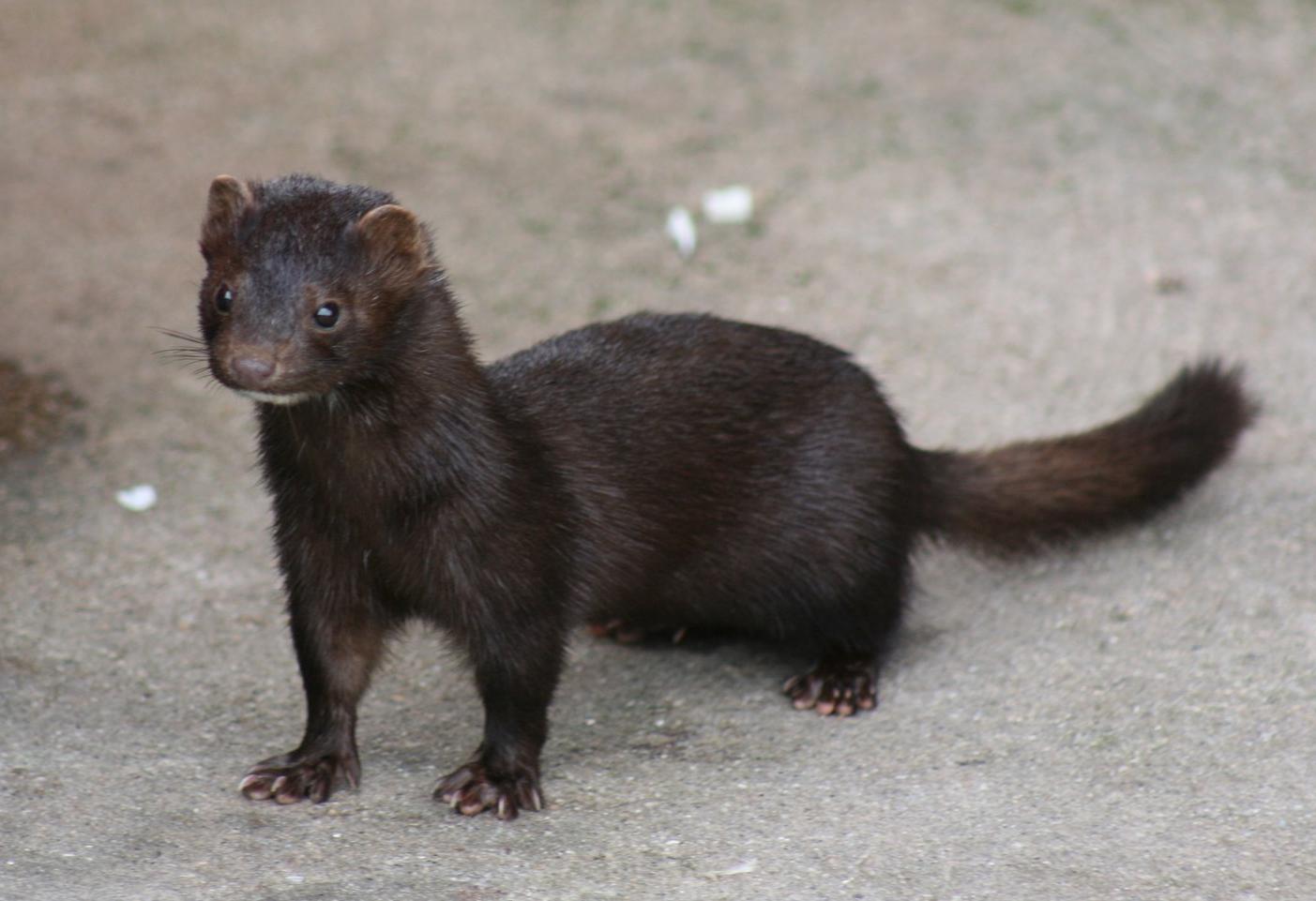 Members of the weasel family, mink are semi-aquatic, carnivorous mammals that are related to weasels, otters, ferrets, badgers, and martens. Minks are sleek

with thick, chocolate-brown fur, American minks live near rivers, lakes, and marshes throughout North America and Canada. Although European mink can

look similar to American mink, they  belonging to a different genus and are closer to polecats than they are to their North American relatives.

Minks have small heads with beady black eyes. Their inch-long ears look smaller than they are. Minks have a pointed muzzle and nose with whiskers that

can’t be seen very well. Five partially webbed toes on each foot help them swim around in the water in search of food.

Startled mink may squeal, hiss, or snarl. Minks can release a fetid liquid with a similar scent. In addition using scent

as a warning, mink use it as a marker to advertise their presence to other mink.

Mink are generally solitary animals except when raising their young. A litter of three to six kits is born inside the den during the spring. The kits are born

hairless at birth but quickly grow hair and open their eyes after about 25 days. At five to six weeks they are weaned, but kits stay near their mother until fall.

Females stay within 30 acres of their den, which is typically in a hollow log or stump or under tree roots. Males roam twice as far and will socialize at other

dens during their travels. Mink are lithe and agile nocturnal animals. A mink seen sneaking around on its stomach is most likely stalking prey. A mink seen

bounding across a road or field is likely traveling. Mink activity levels have been observed to increase before storms and changes in weather. Like all weasels,

mink are fierce fighters, capable of attacking prey much larger than themselves. They opportunistically hunt both aquatic as well as terrestrial prey, focusing on

whatever is most available and easily captured.