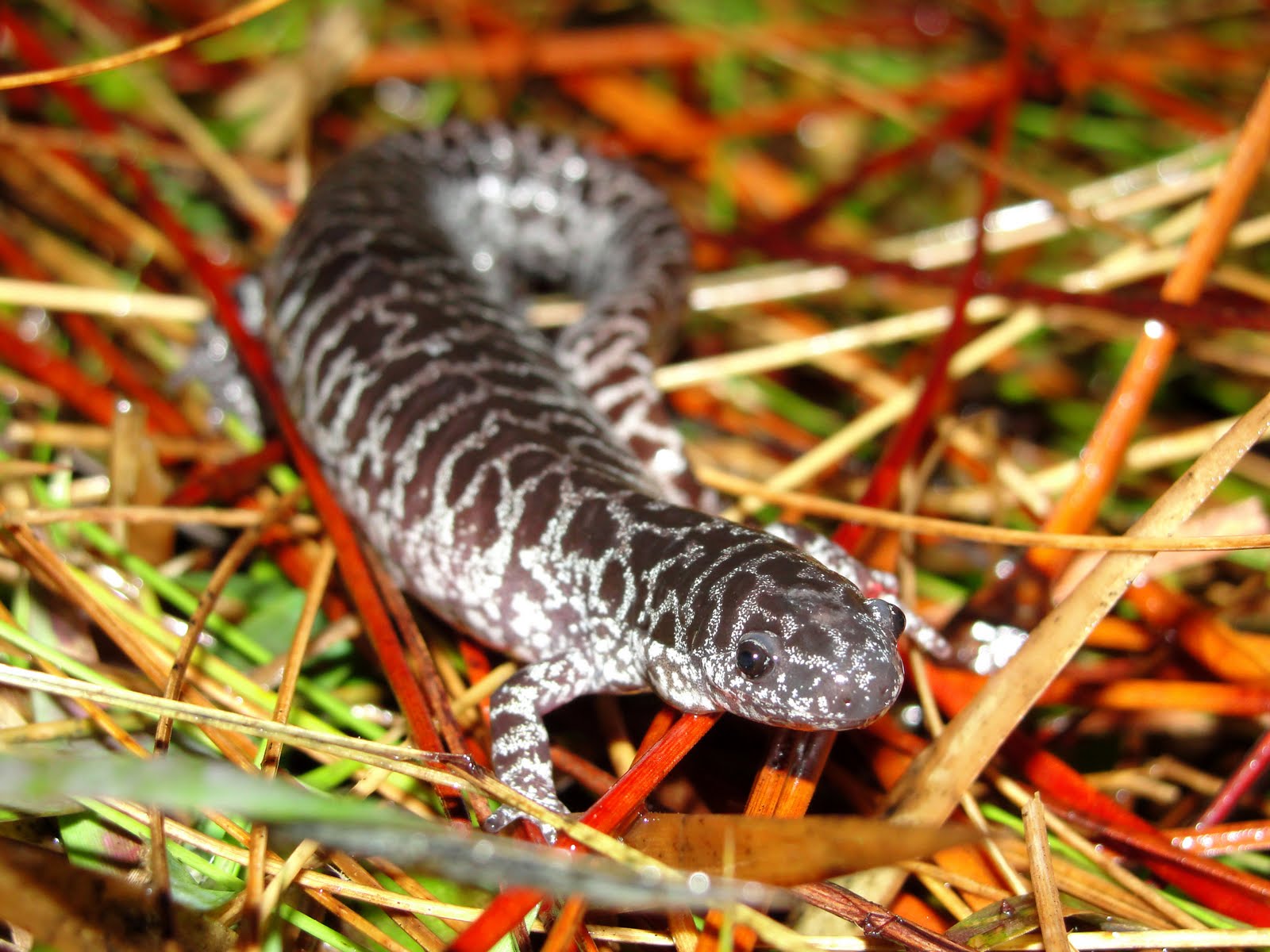 breed and the upland habitats of Longleaf Pine Flatwoods, where the salamanders live primarily underground during the non-breeding season. The causes of loss of habitat include logging, urban

and Wildlife Service obtained information indicating the Flatwoods Salamander was actually two species, they listed the Frosted as threatened and the Reticulated as endangered. These two salamanders

are at risk of losing habitat to rising sea levels, as well as being at risk from drought, which is predicted to become more common because of climate change, and habitat destruction.

Drought is particularly problematic for the salamanders because remaining populations are typically limited to single ponds, where consecutive years of drought and drying of the pond can lead to loss

of the population. With droughts predicted to become more frequent and intense due to climate change, the Frosted and Reticulated Salamanders are in serious peril.