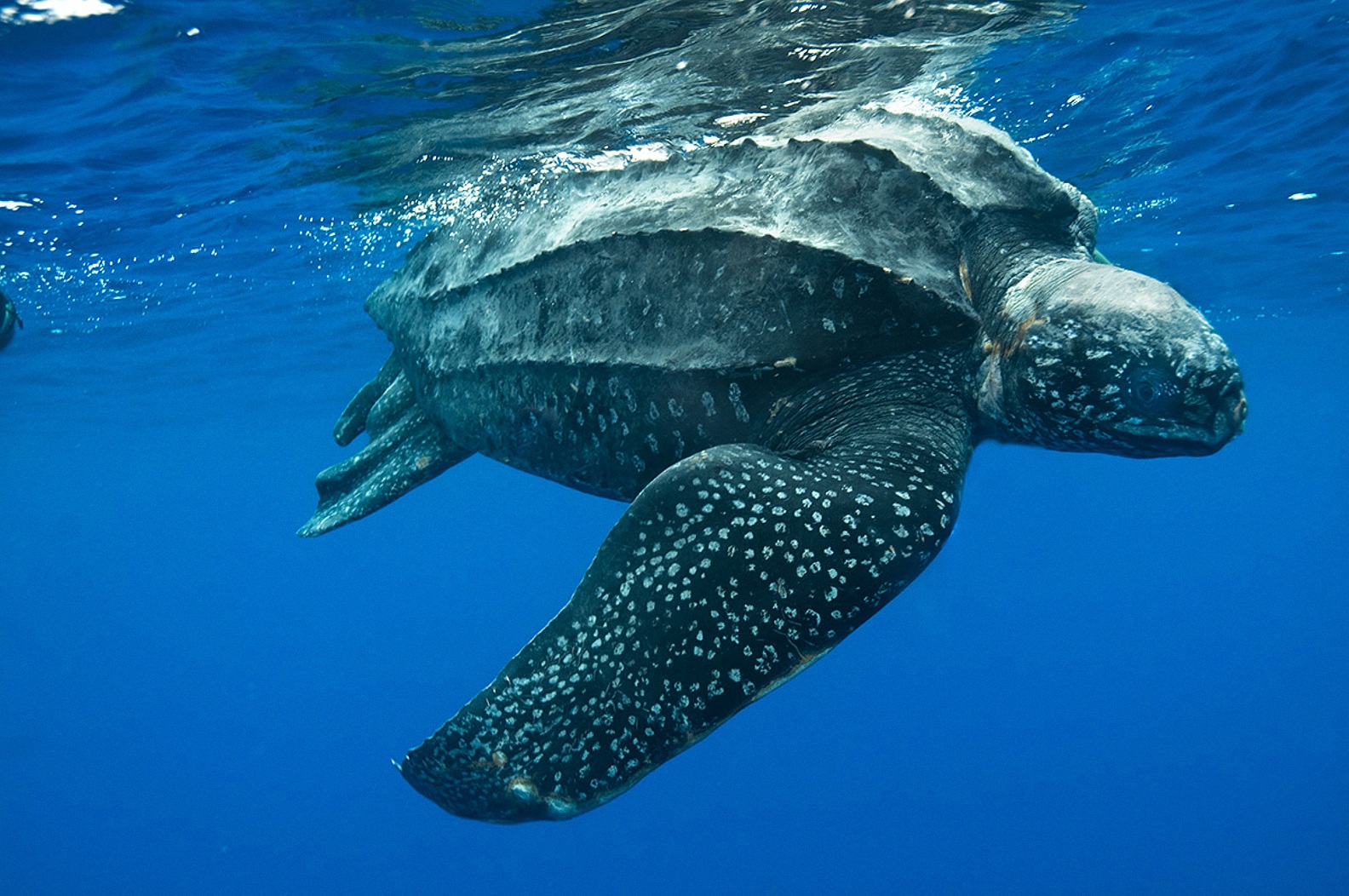 The largest of all sea turtles, and one of the largest reptiles on earth, the leatherback turtle ranges in size from 4-8 feet in length (1.2 - 2.4 meters) and weighs between

it has been around for more than 150 million years! They survived the extinction of the dinosaurs and thrived until the last several decades when human interactions have taken