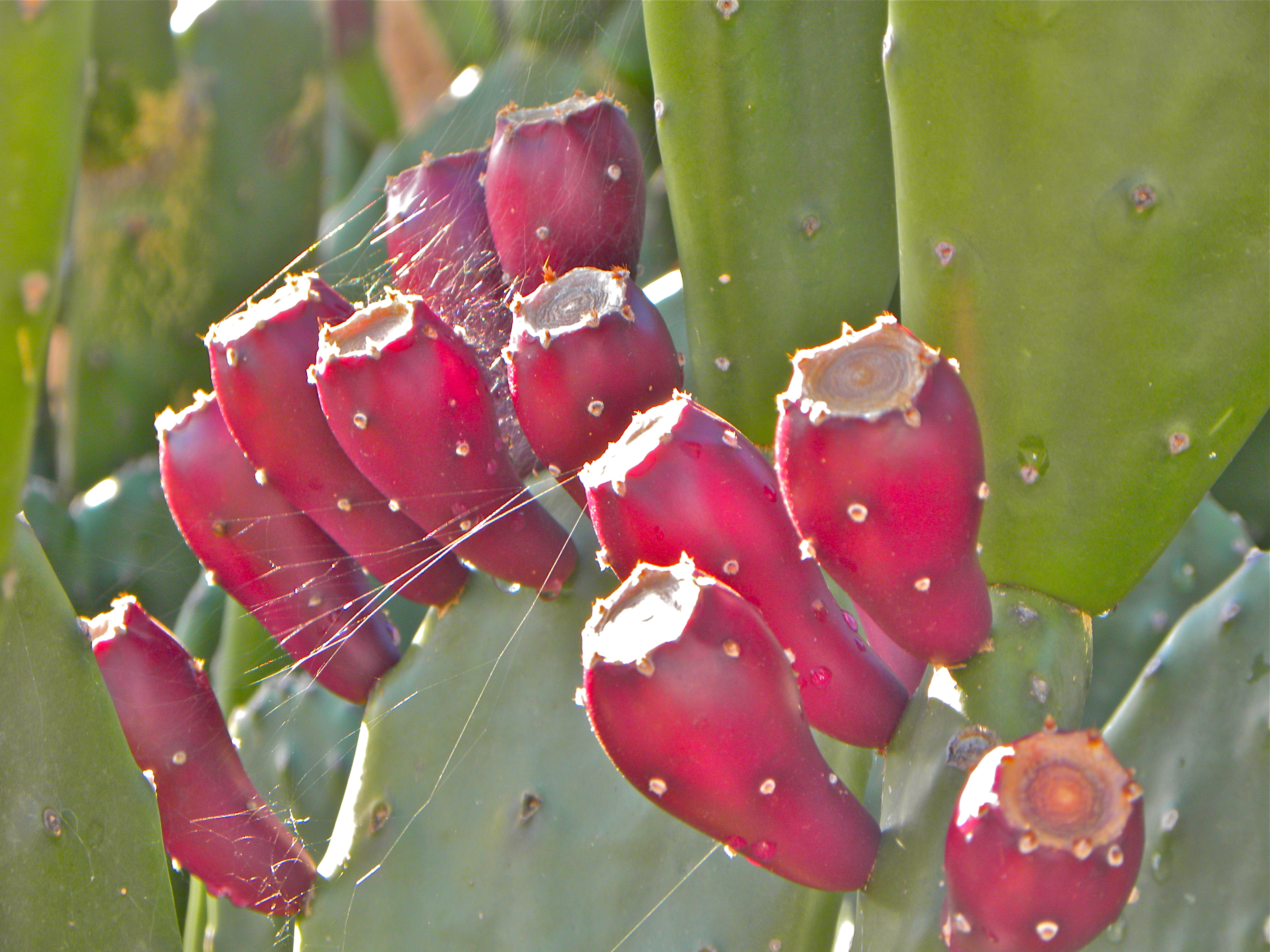 counties along the east coast of peninsular Florida. It is now extremely rare in the wild and it has been reduced to approximately 320 plants in St. Lucie

County (Possley 2010), with all other occurrences having been eliminated as a result of habitat destruction. The prospects for this plant appear dim since

The plant is characterized by narrowly columnar stems with 10–12 ribs and growing 3–5 meters (9.8–16.4 feet) long. Such lengths appear to be the

result of plants trying to grow above the surrounding vegetation since cultivated plants in full sun tend to remain much shorter. Young shoots are very

showy as a result of the bright yellow spines that contrast beautifully with the dark green stems. The spines darken as they age but even on very old

into huge, rounded, orange-red fruits that take several months to ripen. The fruits are sparsely covered with small scales and are filled with numerous

seeds embedded in a mildly sweet white flesh with a pleasing flavor. Fruits can be cut in half and the flesh and seeds scooped out and eaten in the same

manner as kiwi fruits and, like kiwi fruits, the flavor can be enhanced by adding a squeeze or two of lime. Plants are equally ornamental in flower and

in fruit and the latter are "a great attraction as food for birds, many of whom are ravenously fond of the seeds" (Small 1932 quoted in Parfitt & Gibson