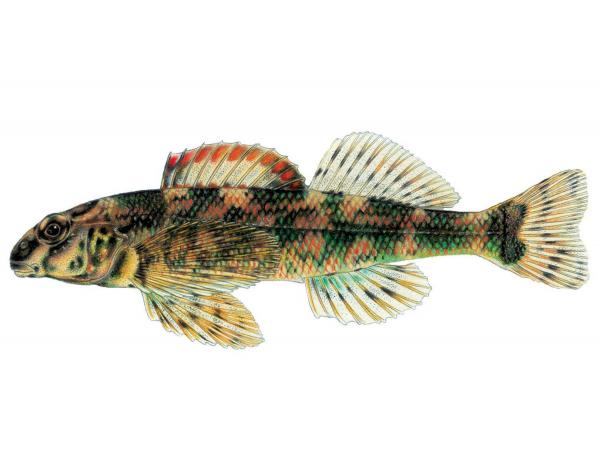 The back is brown to olive with six to seven dark brown saddles. The sides have medial blotches that may join with saddles to form7-11

caudal, pectoral and pelvic fins. The spinous dorsal fin has dark anterior and posterior spots a red marginal band, and a brown submarginal