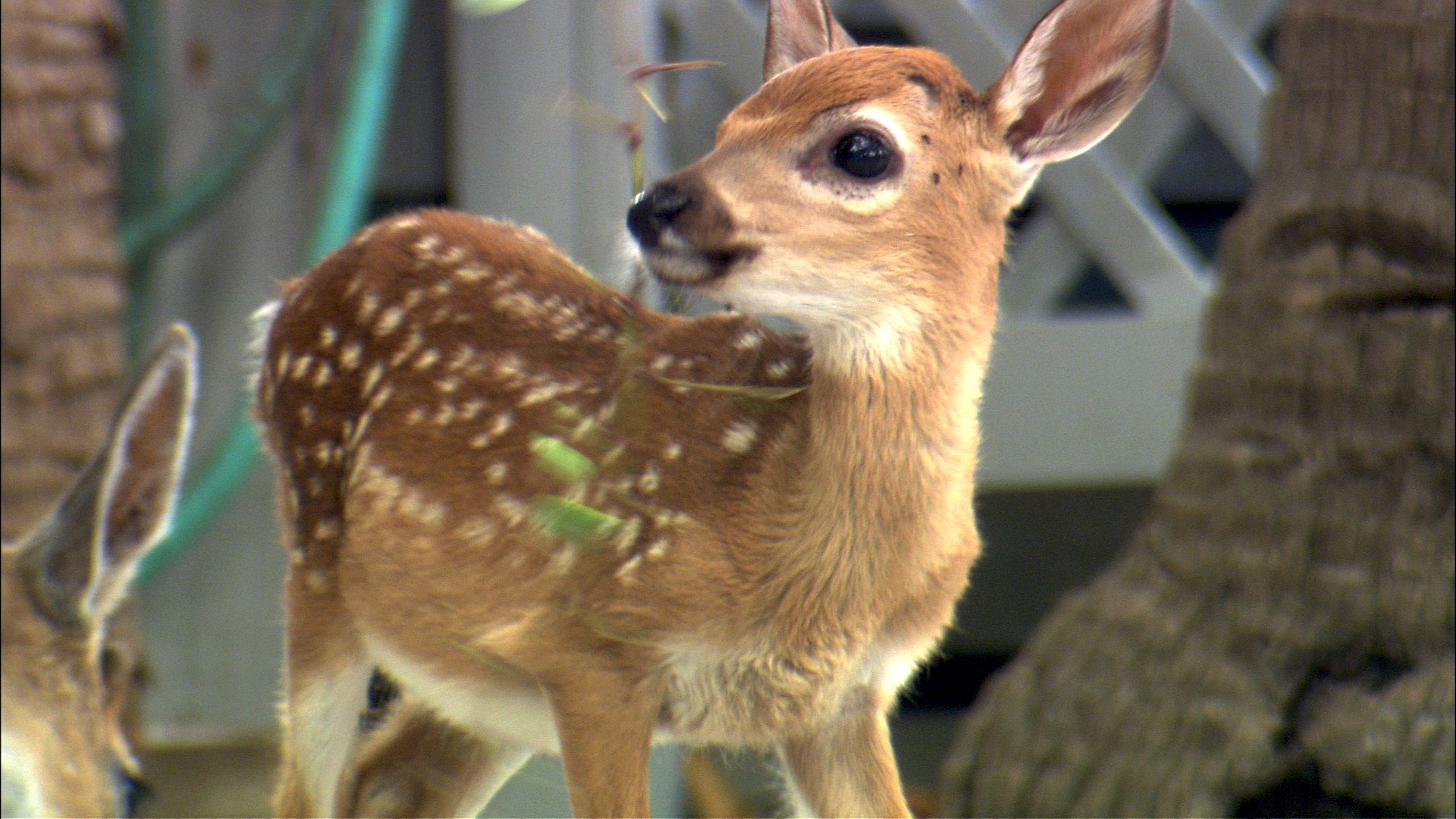 Key deer is the smallest species of all white-tailed deer. Bucks range anywhere from 28 to 32 inches at the shoulder and weigh an average of 80 pounds.

Key deer are a subspecies of the white-tailed deer and are only found in the keys of southern Florida.The Key deer's historical range probably once extended

from Key Vaca to Key West. Their current range includes approximately 26 islands from Big Pine Key to Sugarloaf Key. Due to uncontrolled hunting

and habitat destruction, their numbers were deplorably estimated at less than 50 animals in the 1940's. With the establishment of National Key deer Refuge in

1957 and intensive law enforcement efforts, the population has since increased and has now stabilized. A research study completed in 2000 estimated

the population between 700 and 800 deer with two-thirds of this population located on Big Pine Key. These numbers are hardly representative of the animals former

glory yet they nonetheless represent a significant improvement over practically having been exterminated by hunting and human urban development.

are of particular importance because they contain permanent freshwater sources, which are essential for their survival. Key deer feed on over 160 species

of plants including the native red, black and white mangroves and thatch palm berries. As human development has increased within the range of the Key

deer they have increased their use of residential and commercial areas where they feed on ornamental plants.

The continual growth of human population has led to an increase in illegal feeding of Key deer. As with other wildlife, feeding or enticing Key deer is harmful for

many reasons, but primarily because it lessens their fear of humans. Key deer can be found foraging in yards and on the sides of most roads where they

also causes a concentration of deer, consequently facilitating the spread of parasites and disease.