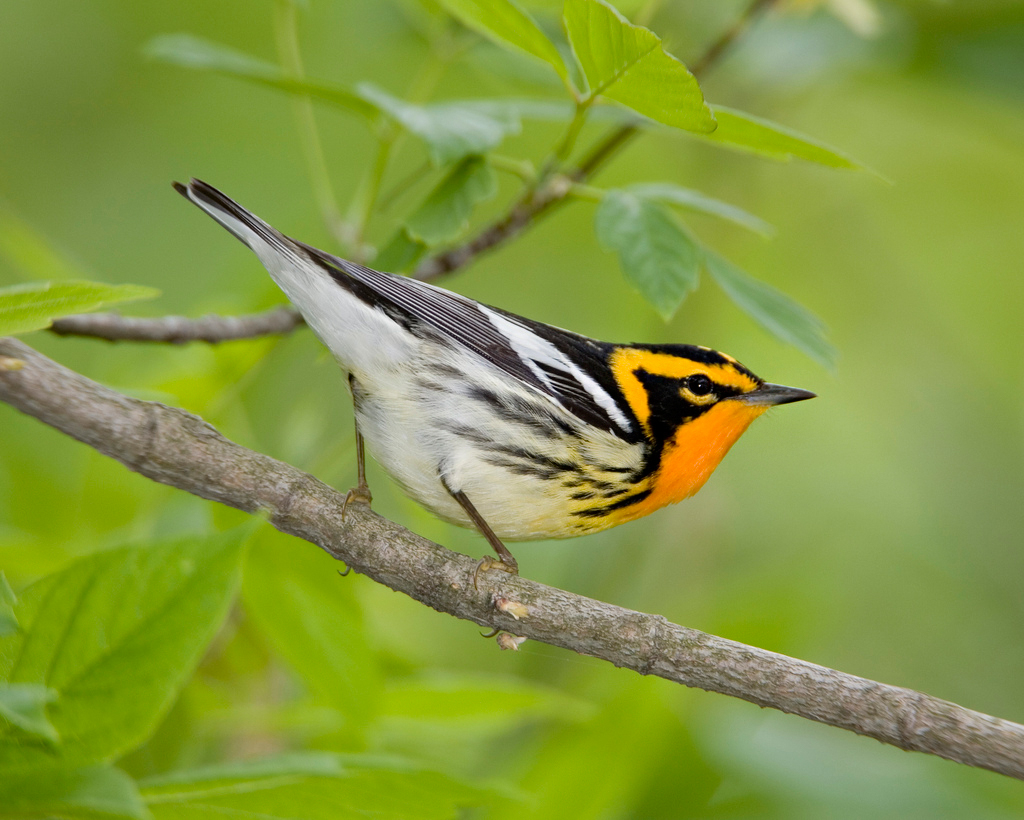 The Kirtland's warbler, an endangered species, is a songbird that nests in young jack pine stands. Until 1995 Kirtland’s warblers had only been known

and Canada. They migrate from their nesting grounds to the southeastern coast of the United States on their way to wintering grounds in the Bahamas.

Kirtland's warblers build their nests on the ground in stands of young jack pine. The jack pines must be just the right height (about 5 to 16 feet tall) and the trees

must be spaced to let sunlight through to the ground. Sunlight helps keep lower tree branches alive and bushy, hiding the nest beneath them. When the trees grow

larger their upper branches block the sun, causing the lower branches to die. Grasses and other plants also become less dense. The warblers then must find other

nesting areas. After nesting and raising their young, Kirtland's warblers migrate to the Bahamas where they winter in scrub thickets.