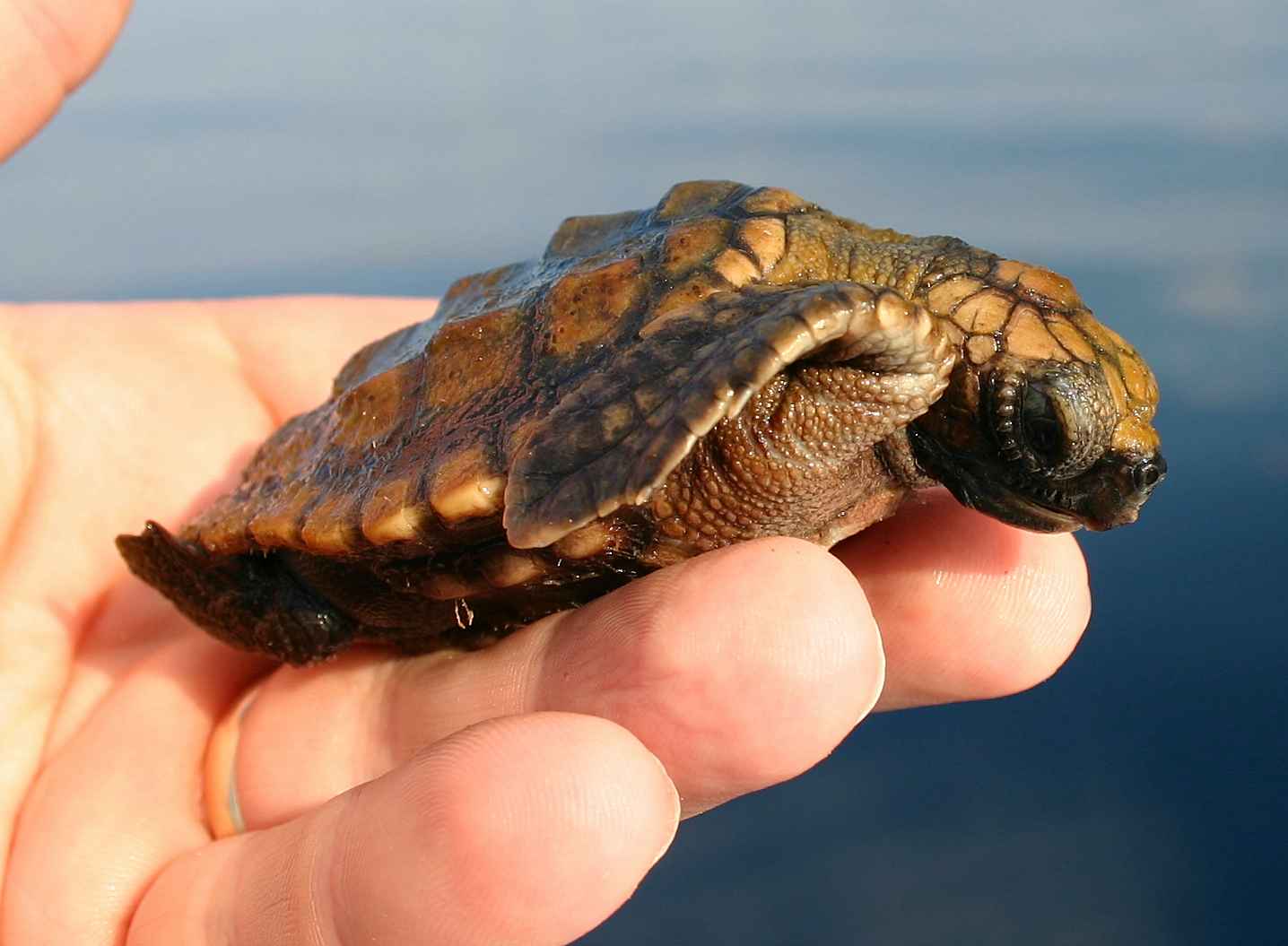 Loggerhead turtles are named after their large heads which enhance their powerful jaw muscles, allowing them to crush hard-shelled prey such as clams as well as sea urchins. They are less

likely to be hunted for their meat or shell in comparison to other sea turtles. Bycatch, the accidental capture of marine animals in fishing gear, is a serious problem for loggerhead

turtles because they frequently come in contact with fisheries. Loggerheads are the most common turtle in the Mediterranean, nesting on beaches from Greece and Turkey to

Israel and Libya. Many of their nesting beaches are under threat from tourism development. Sea turtles are the living representatives of a group of reptiles that has existed on

Earth and travelled our seas for the last 100 million years. They are a fundamental link in marine ecosystems and help maintain the health of coral reefs and sea grass beds.