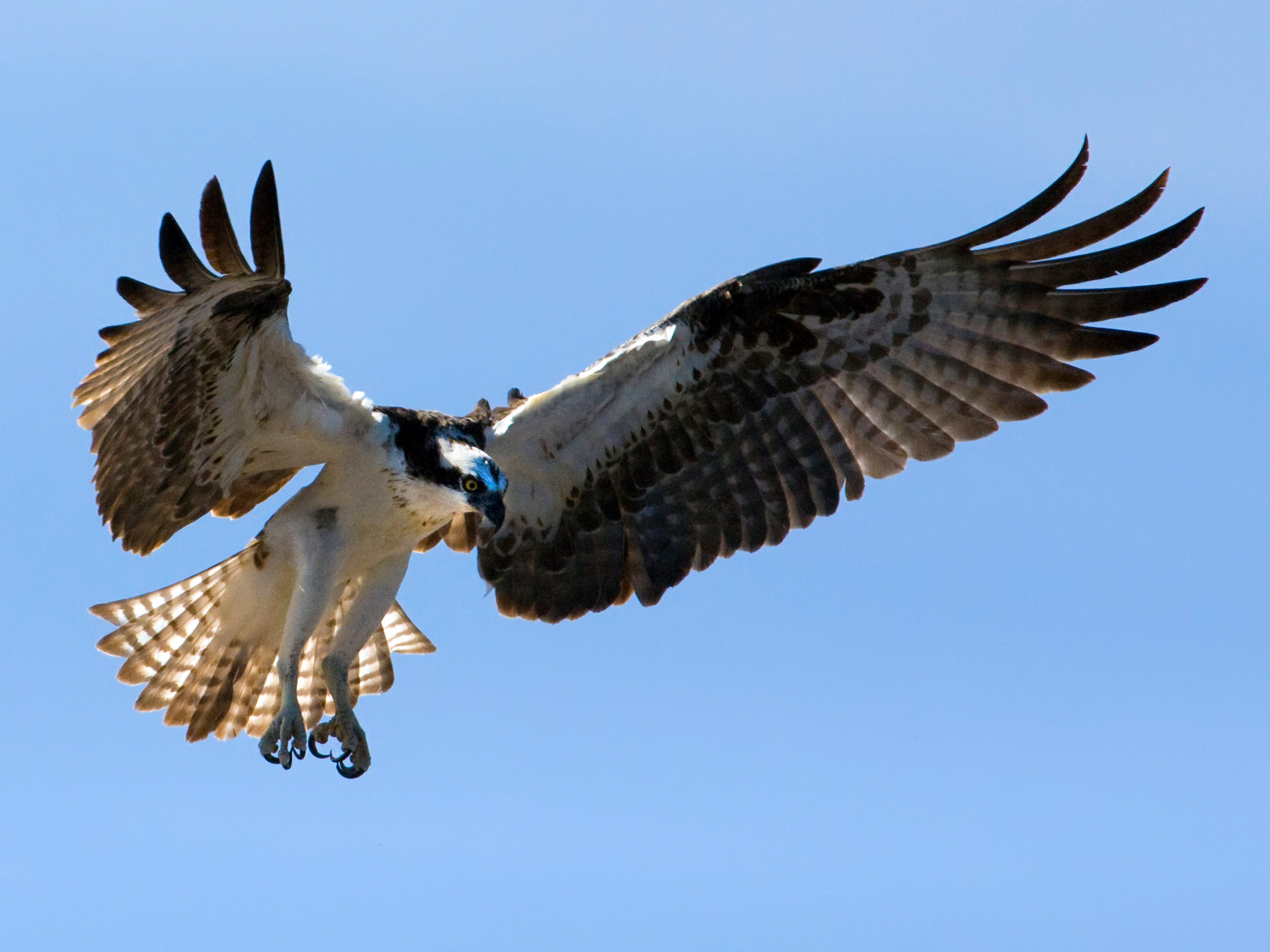 The osprey (Pandion haliaetus), sometimes known as the fish eagle, sea hawk, river hawk, or fish hawk, is a diurnal, fish-eating bird of prey. It is a large raptor, reaching more than 60 cm (24 in) in length and 180 cm (71 in) across the wings.

It is brown on the upperparts and predominantly greyish on the head and underparts.

The osprey tolerates a wide variety of habitats, nesting in any location near a body of water providing an adequate food supply. It is found on all continents except Antarctica, although in South America it occurs only as a non-breeding

only as a non-breeding migrant.

As its other common name suggests, the osprey's diet consists almost exclusively of fish. It possesses specialised physical characteristics and exhibits unique behaviour to assist in hunting and catching prey. As a result of these unique 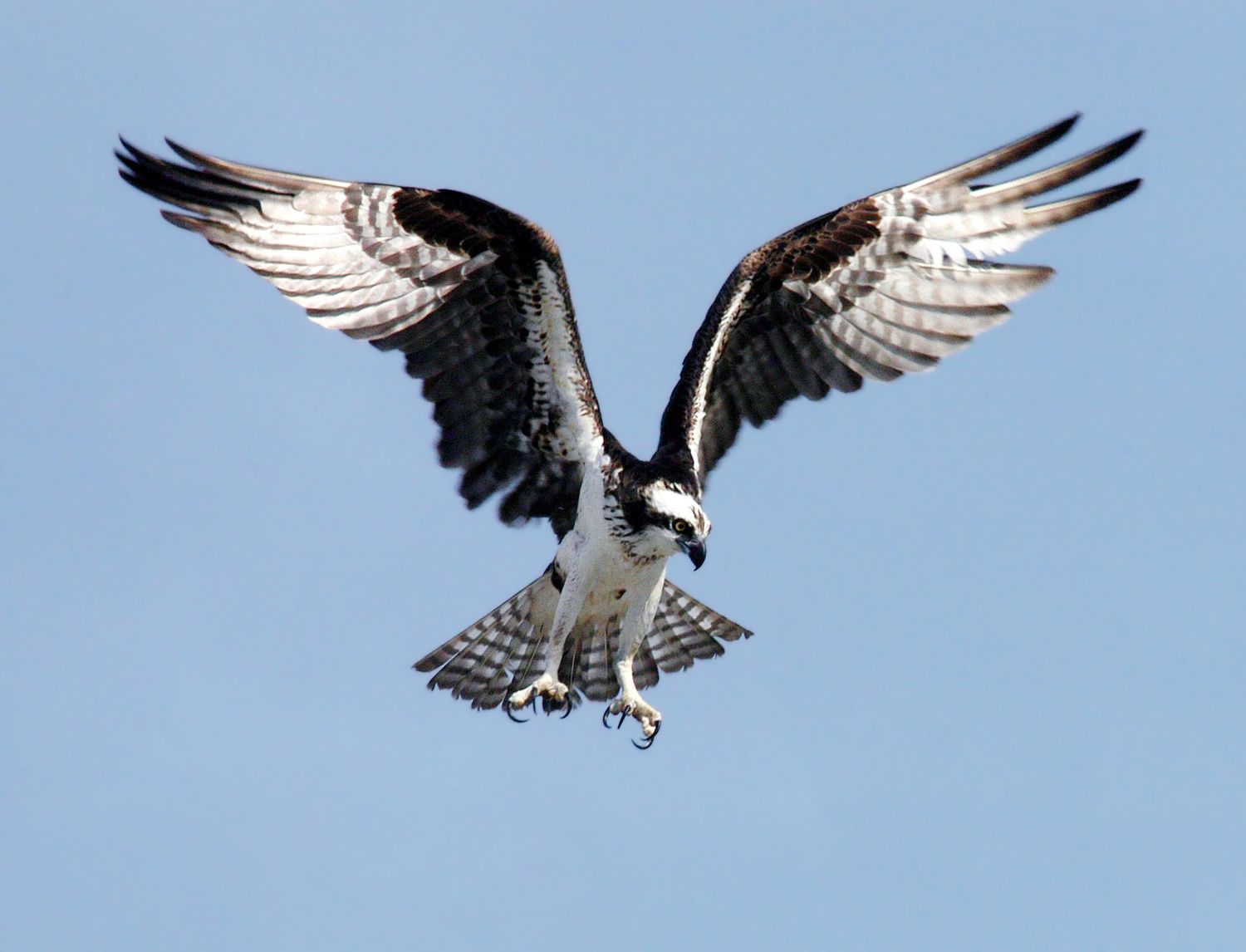