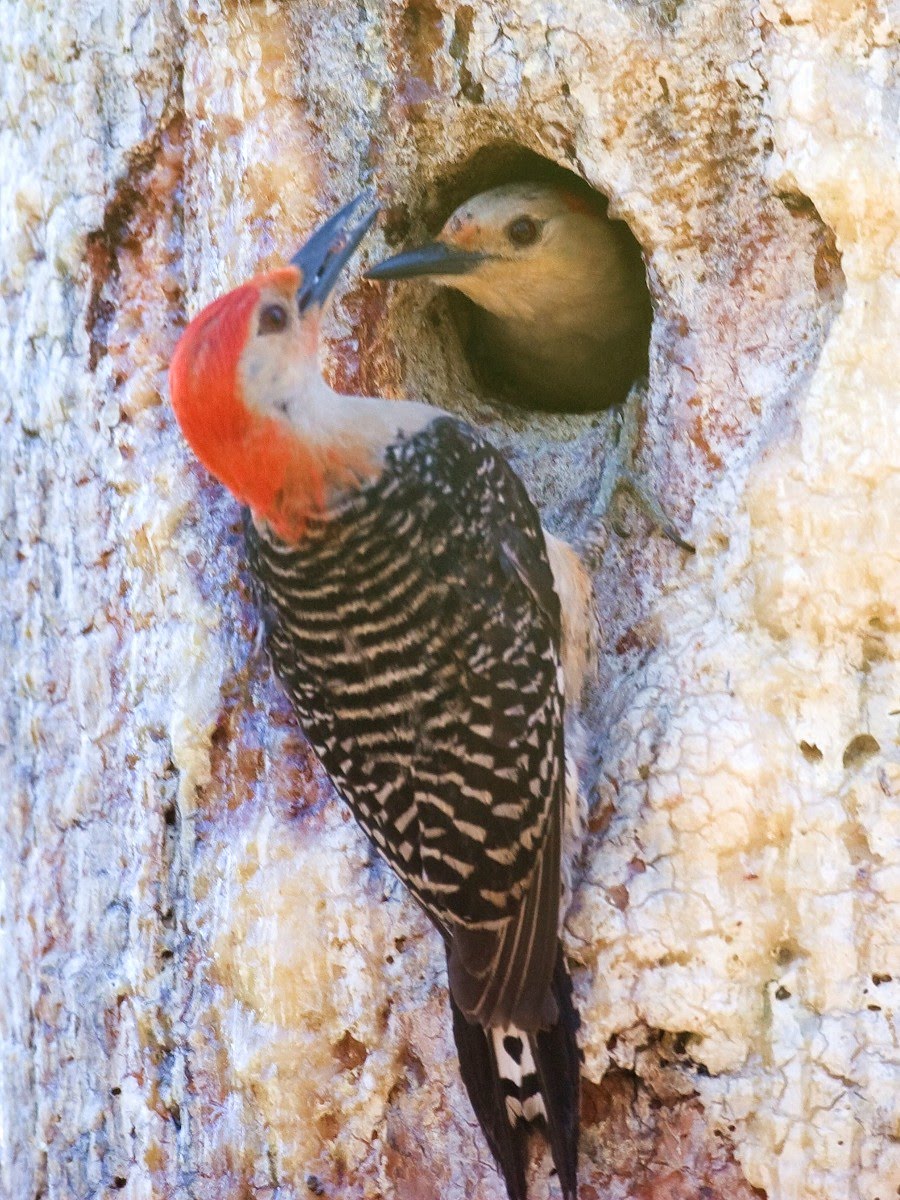 DESCRIPTION: About the size of the common cardinal, the red-cockaded woodpecker is approximately 7 inches long (18 to 20 centimeters), with a wingspan of about 15

inches (35 to 38 centimeters). Its back is barred with black and white horizontal stripes. The red-cockaded woodpecker's most distinguishing feature is a black cap and nape that encircle large white cheek patches.

Rarely visible, except perhaps during the breeding season and periods of territorial defense, the male has a small red streak on each side of its black cap called a cockade, hence its name.

The common name came into use during the early 1800’s when 'cockade' was regularly used to refer to a ribbon or other ornament worn on a hat. Female RCWs lack the red cockade.

Juvenile males have a red 'patch' in the center of their black crown. This patch disappears during the fall of their first year at which time their 'red-cockades' appear. 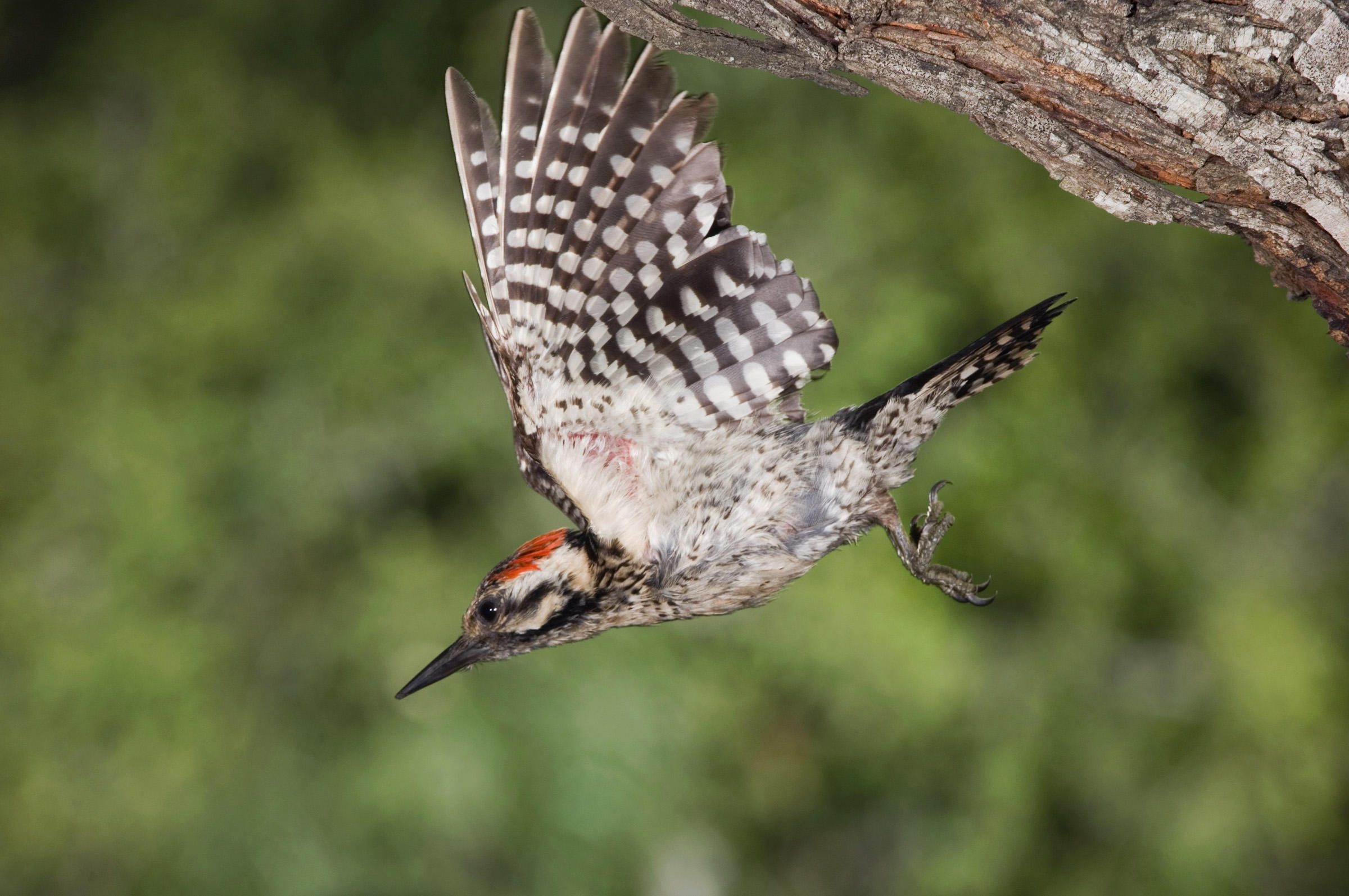 HABITAT: The red-cockaded woodpecker makes its home in mature pine forests. Longleaf pines (Pinus palustris) are most commonly preferred, but other species of southern pine

are also acceptable. While other woodpeckers bore out cavities in dead trees where the wood is rotten and soft, the red-cockaded woodpecker is the only one which excavates cavities

exclusively in living pine trees. Cavities are excavated in mature pines, generally over 80 years old. The older pines favored by the red-cockaded woodpecker often suffer from a fungus

called red heart disease which attacks the center of the trunk, causing the inner wood, the heartwood, to become soft. Cavity excavation takes one to six years.

The aggregate of cavity trees is called a cluster and may include 1 to 20 or more cavity trees on 3 to 60 acres. The average cluster is about 10 acres. Cavity trees that are being actively

used have numerous, small resin wells which exude sap. The birds keep the sap flowing apparently as a cavity defense mechanism against rat snakes and possibly other predators.

The typical territory for a group ranges from about 125 to 200 acres, but observers have reported territories running from a low of around 60 acres, to an upper extreme of more than 600 acres.

The size of a particular territory is related to both habitat suitability and population density.