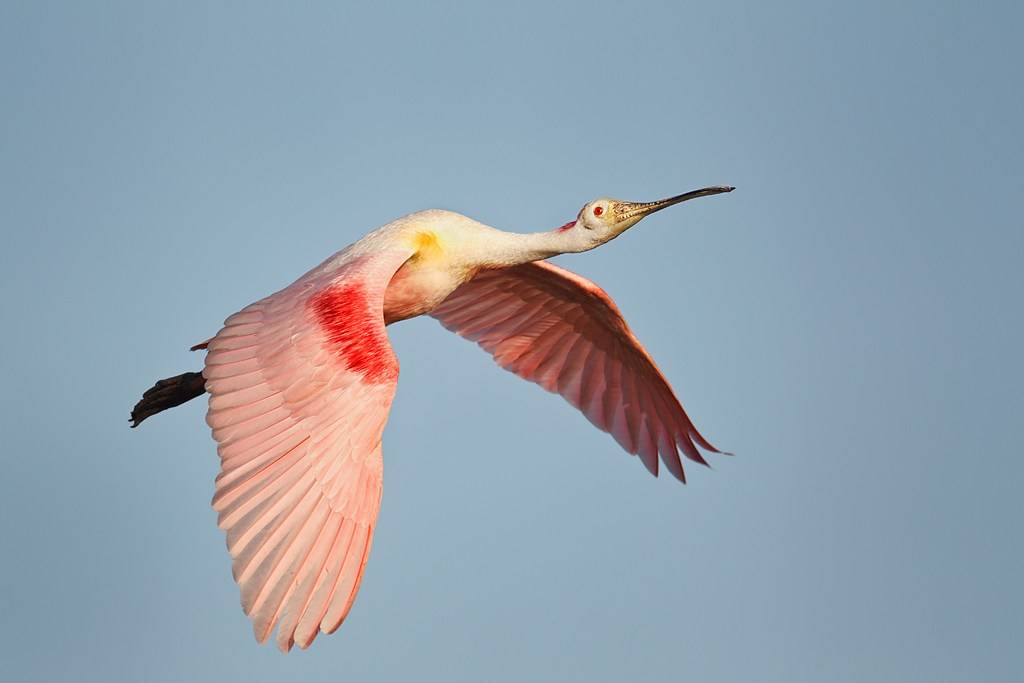 Once very common in parts of the southeast until the 1860s, spoonbills were practically and systematically eliminated from the United States as a direct

consequence of the destruction of Wader colonies by plume hunters. Began to re-colonize Texas and Florida early in 20th century. Still uncommon

with muddy bottoms, in both salt and fresh water, including tidal ponds, coastal lagoons, extensive inland marshes. Nests in colonies, in Florida mainly

in red mangroves, farther west in willows or on coastal islands with low scrub, including mesquite and salt cedar. Locally common in coastal Florida,

Texas, and southwest Louisiana, they are usually in small flocks, often associating with other waders. Spoonbills feed in shallow waters, walking forward

slowly while they swing their heads from side to side, sifting the muck with their wide flat bills.