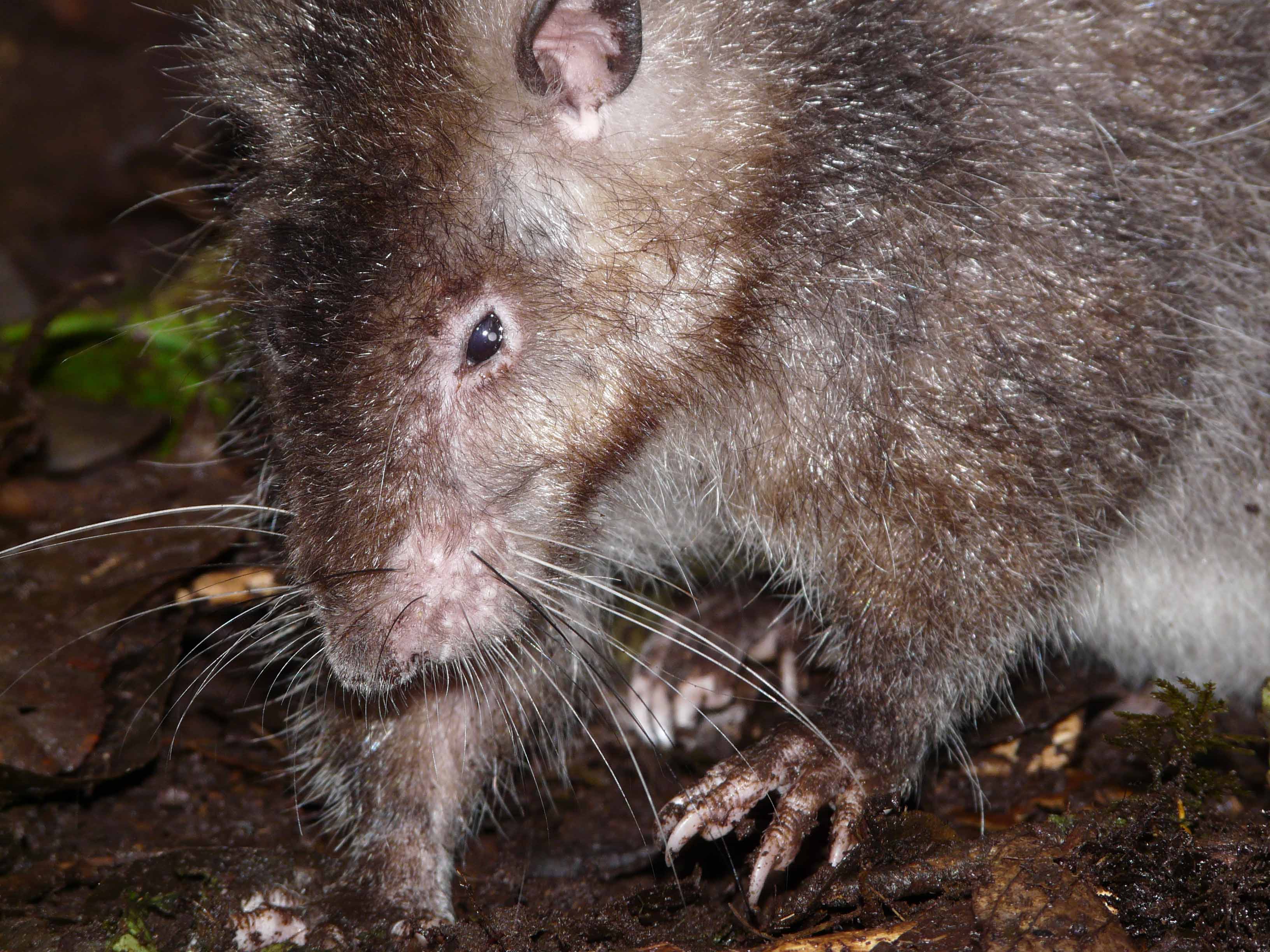 The rice rat (commonly called the silver rice rat) is a small rodent that can reach a length of 5.5 inches (14 centimeters).  The rice rat has a brownish-gray, gray, or brown back, with a gray belly and pale gray sides.  Rice rats also have a bi-colored tail that is white on bottom and brown on top (Humphrey 1992). Rice rats inhabit salt marsh flats, mangrove swamps, and buttonwood transition vegetation in the Lower Florida Keys (U.S. Fish & Wildlife Service 1999).

The silver rice rat faces the threat of habitat destruction as humans continue to develop areas in the Florida Keys. Much of its wetland habitat has been drained to create land suitable for homes and businesses.Although the silver rice rat is preyed upon by a number of species, its most serious predator is the raccoon, which is native to the Florida Keys. As human development has increased on the islands, so has the amount of garbage. With an increased food source (the garbage), the raccoon population has grown unnaturally high. This has thrown the normal predator-prey relationship between the raccoon and the silver rice rat out of balance, and the number of silver rice rats has declined as a result.