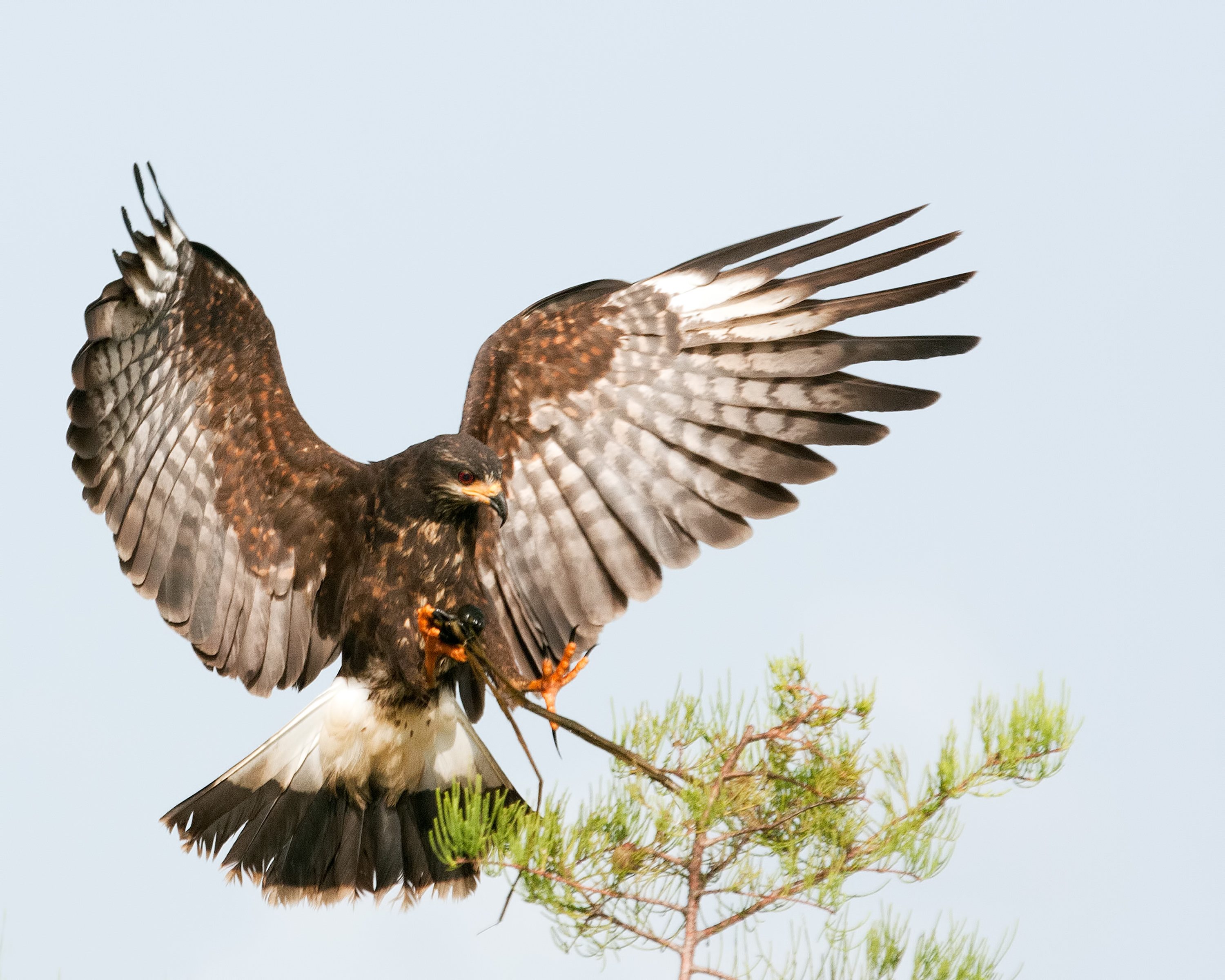 The Snail Kite is a medium-sized hawk which lives in central and south Florida.

list under the Federal Wildlife Protection Act. It was first listed as endangered on

March 11, 1967.There are many reasons Snail Kite is endangered.

Habitat: The habitat of the Snail Kite consists of fresh-water marshes and the shallow

vegetated edges of lakes as well as  the Everglades. The habitat the snail kite lives in is made up of

water in order to see apple snails, hence the name of the animal. The new growing vegetation allows Apple Snails to

climb, near the surface to feed, breathe or lay eggs, which consequently allows Snail Kites to feed on them.

The Snail kite normally grows to between 14 and 16 inches long, with a wingspan typically

weight.They both have red eyes, a square-tipped tail with a white base. Both female and male have

but it mostly eats freshwater apple snails. They capture snails mainly by hunting from the air,

or sometimes by still-hunting from a perch. When a Kite spots an apple snail, it drops to the

surface and  plucks the snails from the top few inches of water. The bird then, using its

thin curved bill pulls the snail from its shell.

The breeding season is between February and July. The birds usually nest in a loose

diameter and located 3 to 10 feet above the water.

Nesting: Usually, 2 to 4 eggs are laid, which range from whitish to brown, but are usually

splattered with browns and tans. Incubation lasts for almost 27 days and the nestlings fly

after 4 to 5 weeks. Parents continue to feed their young for several weeks after they start