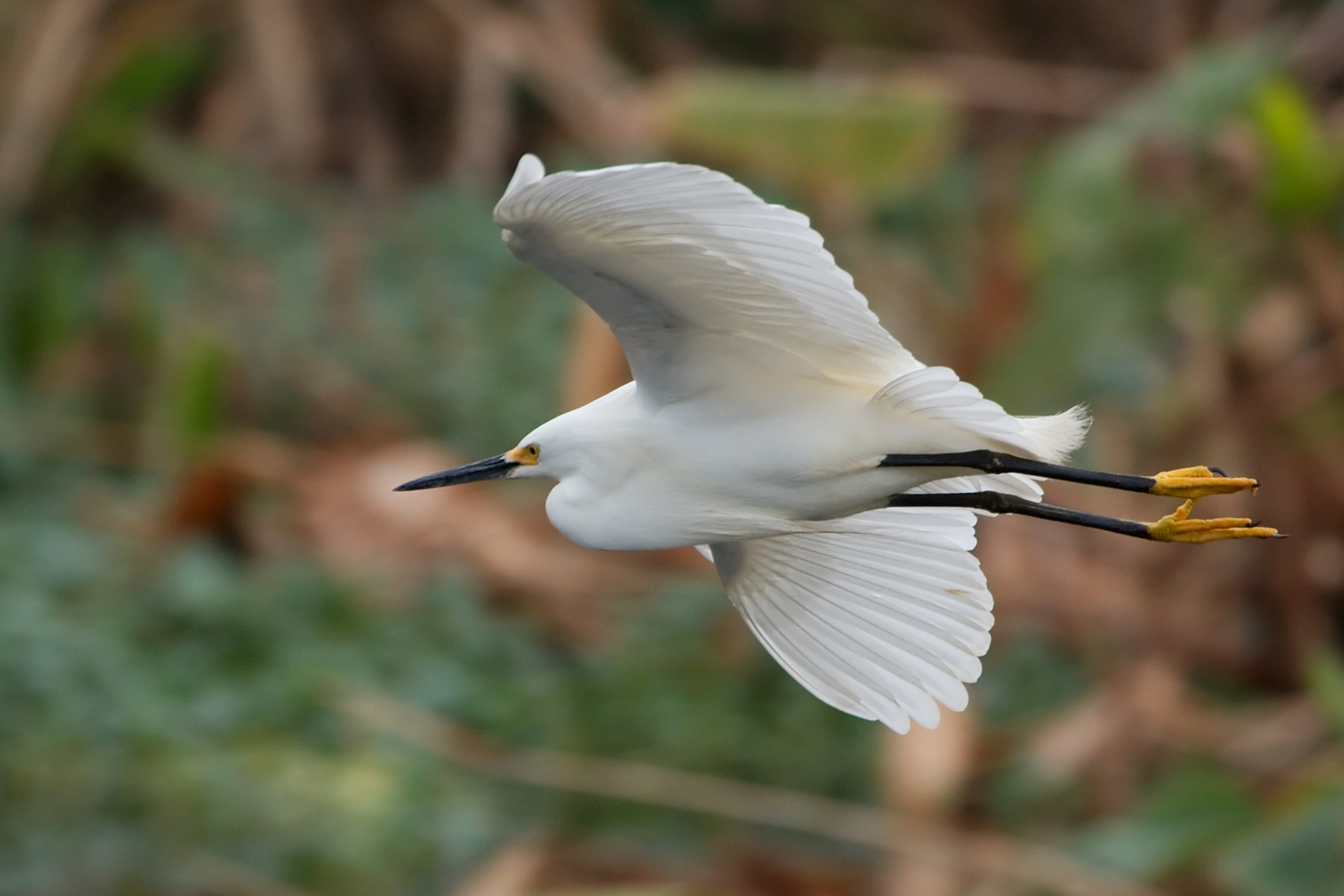 The snowy egret is approximately two feet in length with a wingspan of about three feet. It has white feathers, a yellow circle of skin around its eyes, a black

bill and black legs with bright yellow feet. During breeding season, it has lacy plumes on its head, neck and back. Males and females look the same. The snowy

egret breeds on the Atlantic Coast, the Pacific Coast, and the Gulf Coast. It is also found in some inland areas. It winters from California south to South

America on the west coast and from Virginia south to the West Indies on the east coast.The snowy egret normally runs after its food. It eats shrimp, minnows and

other small fish,  crustaceans and frogs. It often prefers to feed in groups. The male selects a  breeding area. Both the male and female build the nest. The male

collects the materials and the female does the construction. The nest is made of reeds and twigs and is placed in a bush or on the ground. The female

lays three to five eggs and both parents share incubation duties. The eggs hatch in about three weeks. Both parents care for the chicks and feed them

regurgitated food. The chicks fledge when they are about a month old.