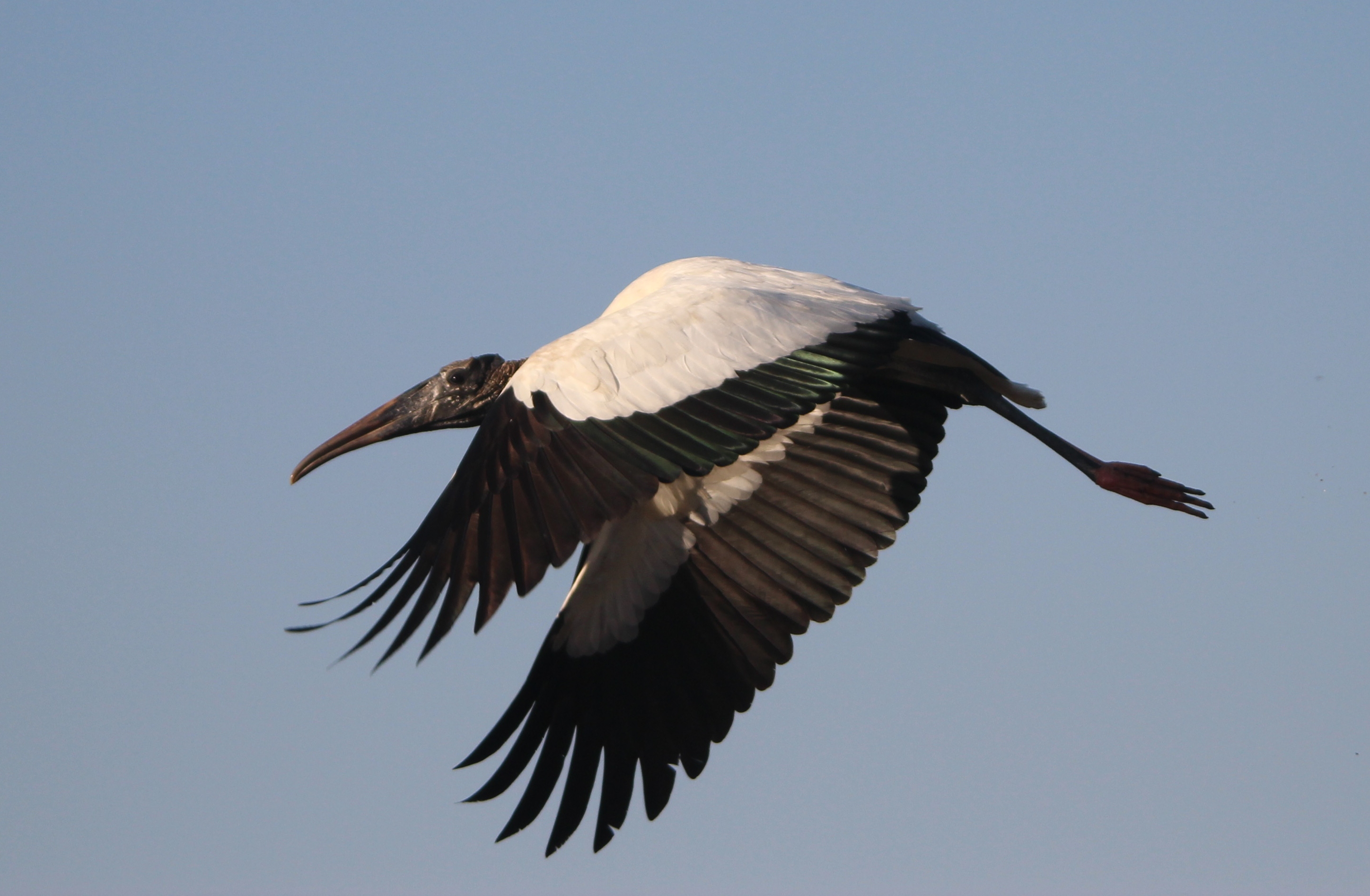 Wood storks are tall, white denizens of freshwater or brackish wetlands and swamps. They can be identified by their long legs, featherless heads, and prominent bills.

These waders feed on minnows in shallow water by using their bills to perform a rare and effective fishing technique. The stork opens its bill and sticks it into the water, then waits

for the touch of an unfortunate fish that wanders too close.

When it feels a fish, the stork can snap its bill shut in as little as 25 milliseconds—an incredibly quick reaction time matched by few other vertebrates.

too close. When it feels a fish, the stork can snap its bill shut in as little as 25 milliseconds—an incredibly quick reaction time matched by few other vertebrates.

The storks prefer to employ this technique in isolated pools created by tides or falling freshwater levels, where fish congregate en masse. In some areas, such as Florida,

breeding begins with the dry season that produces these optimal fishing conditions.

Though wood storks eat small fish, they eat a lot of them. An average nesting pair, with two fledglings, may eat over 400 pounds (181 kilograms) of fish during a single breeding season.

Wood storks are social animals. They feed in flocks and nest in large rookeries—sometimes several pairs to a single tree. Females lay two to five eggs, which both sexes incubate for about

one month. Young fledge about two months after hatching.

Wood storks breed in the southeastern United States and are the only stork to breed in the U.S. They also breed in Central and South America from Mexico to Argentina. Though U.S. populations

are endangered—probably because of the loss of optimal