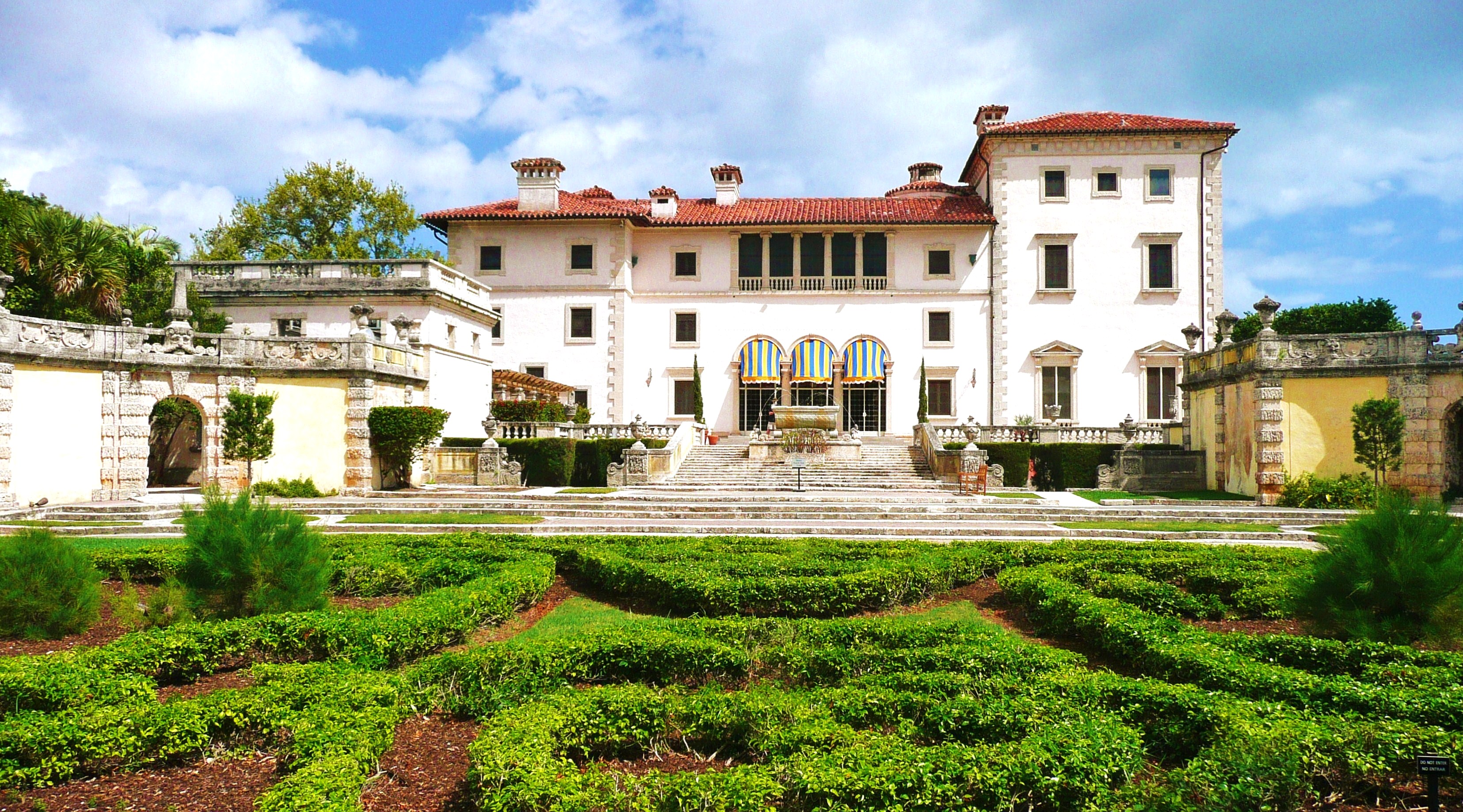 Spend a half day indulging the senses at Vizcaya Museum and Gardens!

This favorite history attraction has been a popular stopping point for both the rich and the famous.

Built in the 19th century spirit, this is a must see for those looking for a romantic get away as well

as the perfect retreat for some tranquil reflection.

visit to Miami. Vizcaya was the 1994 location of the important 'First Summit of the Americas' convened

by President Bill Clinton. This began a series of Summits of the countries in The Americas. The thirty-four nations'

leaders that met at Vizcaya created the 'Free Trade Area of the Americas (FTAA),' that all the hemisphere's

countries, except Cuba, could join for national and corporate trade benefits.

Vizcaya has provided the setting for many films, both credited and uncredited. Deering himself enjoyed

watching silent films in Vizcaya's courtyard, and he had a particular interest in the works of Charlie Chaplin.

External pictures of Villa Vizcaya, for example, can be seen in the films Tony Rome, Ace Ventura: Pet Detective.,

Any Given Sunday, Bad Boys II, Airport '77, Haunts of the Very Rich, and The Money Pit. The music

video for The Cover Girls song Promise Me from 1988 was filmed at Vizcaya.[20] The music video for New Edition's song

Vizcaya is also an extremely popular location for weddings and other special events, given the site's architectural

and natural beauty. For decades, the estate has been a target of photography, and is a favored site for photographs